Since its release, ‘Tiger King’ on Netflix is a viral sensation. At a time when the world is bored at home in quarantine and hungry for content, the story of Joe Exotic captivates us. Users across social media are creating ‘Tiger King’ related memes and videos. But what explains the popularity of ‘Tiger King’?

I would argue a large part of ‘Tiger King’s’ success is owed to how the filmmakers told the story. They built the story of this unique cast of characters, adding details of the story while also offering character traits and references. While it is important to recognize that the internet has lessened the attention span of viewers, I would argue that Joe Exotic and ‘Tiger King’ show us that an exciting story told well can trump short attention spans.

At this point, you likely think that your brand doesn’t have a story as outlandish and crazy as that of Joe Exotic. While that may be true, every brand has a captivating story somewhere. Many times we find that clients have not looked deeply enough into their brand in a retrospective way, ignoring the superficial narratives they tell all the time. Consider who your audience is, where they come from, and what they find interesting.

Would ‘Tiger King’ have been as popular if it had not been released during the Coronavirus quarantine? We will never know the answer to that question. Though I argue that the current hunger for online content due to social distancing accelerated the virality of ‘Tiger King.’ As shown in the documentary, Joe Exotic has his own online TV show, YouTube channel, billboards, and social media. However, he lacked fame and virality. The format of the story paired with the timing of ‘Tiger King’s’ release was the key.

Consider how you can use the timing of how you release your brand’s content to your advantage. As you are building the plan for how you will publish your content, ask yourself if there are trending topics or events that you can use to help boost it. Also, consider how the topic of the content and the timing of its release coincides with the sales cycle of your product or service. Your content should drive customers toward conversion, do not release content for the sake of releasing content.

Ask yourself if ‘Tiger King’ would have been as captivating if all of the video footage they showed through the years of the story did not exist. Without the footage, ‘Tiger King’ would have fallen into the format of ‘Dateline’ or ‘American Greed’. Joe Exotic wants to be famous, and he understands the power of video in telling a story. Arguably he failed at telling his story, but filmmakers were able to use old footage and craft the story we watch today. But, I think we can all agree that Joe’s editing team for the music videos was ahead of their time.

If you understand the power video provides for your brand, the next step is capturing footage. I admit that Joe and his team took their filming to the extreme by filming him round the clock. I would never advocate this all or nothing approach. Set a manageable goal of capturing footage on a regular interval. This could be once a week, once a month, or even bi-monthly. You also need to commit to capturing quality footage. Learn to use the camera you have access to right now. Also, consider where and how you will store the footage. Do not store your footage in a single place where it can be lost; plan for the fire at the alligator house studio.

After watching ‘Tiger King’, did you ask yourself: Why did some of those people agree to be a part of the documentary? This is the first thing I asked myself. I also wonder if Carole Baskin had prepared for the accusations and fallout that could be realized. I have no way of knowing if participants considered the potential consequences of their participation. However, several recent stories have emerged indicating some people are not happy with their portrayal and negative attention received.

Just as we discuss with all of our clients, I urge you to consider the potential unintended consequences of your content. Potential issues come to light upon your contents release. Just because something is not offensive to you, does not mean it is not offensive to your audience. Additionally, consider if any issues could arise based on when you plan to post your content. During the Coronavirus pandemic, we are seeing several brands that put out perfectly good content that looks tone-deaf based on the timing it was released. 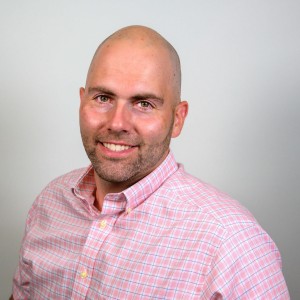